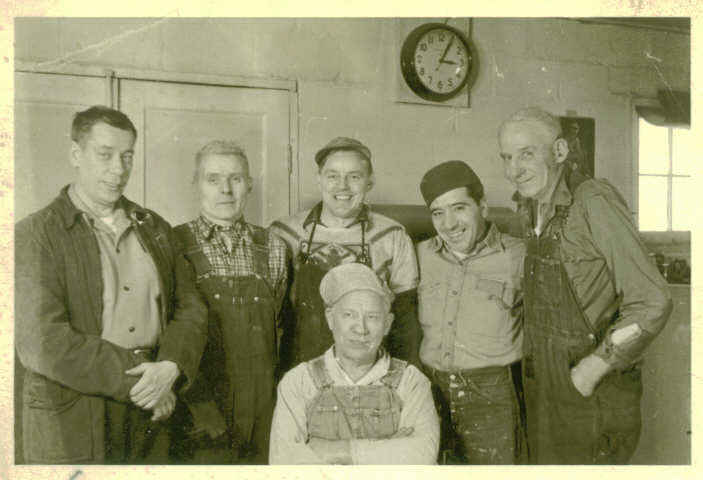 Founders E.J. Berg and John Erickson with the original staff.

Liftomatic had its 1947 origins in a technology that was first pioneered by a German company, Mauser, in 1903, and by the end of the Second World War had become a universal standard for bulk shipping: steel drum containers. During the course of America’s involvement in the war, American companies such as DuPont manufactured tens of millions of steel, plastic, and fiber drums to supply Allied armies with everything from gasoline to canned food. By war’s end, a world without 55-gallon drums made out of 12-16 gauge steel was more or less impossible to imagine.

But 12-16 gauge steel drums, especially millions of them, require huge amounts of manpower to handle and haul. The common practice in World War Two was for American servicemen to roll the drums off the ramps of ships and up into 2 ½ ton trucks waiting at the dock. These trucks would then ferry the steel drums to whichever fighting unit required resupplying.  The whole process worked well enough certainly for Allied forces to win the war, but there was a level of backbreaking discomfort that went into manually lugging millions of these all-purpose containers across the battlefields of Europe. To be sure, there were portable hand-trucks to help make this process easier, but the steel drums had a nasty tendency to topple off the hand-trucks while being carried. A better solution needed to present itself. 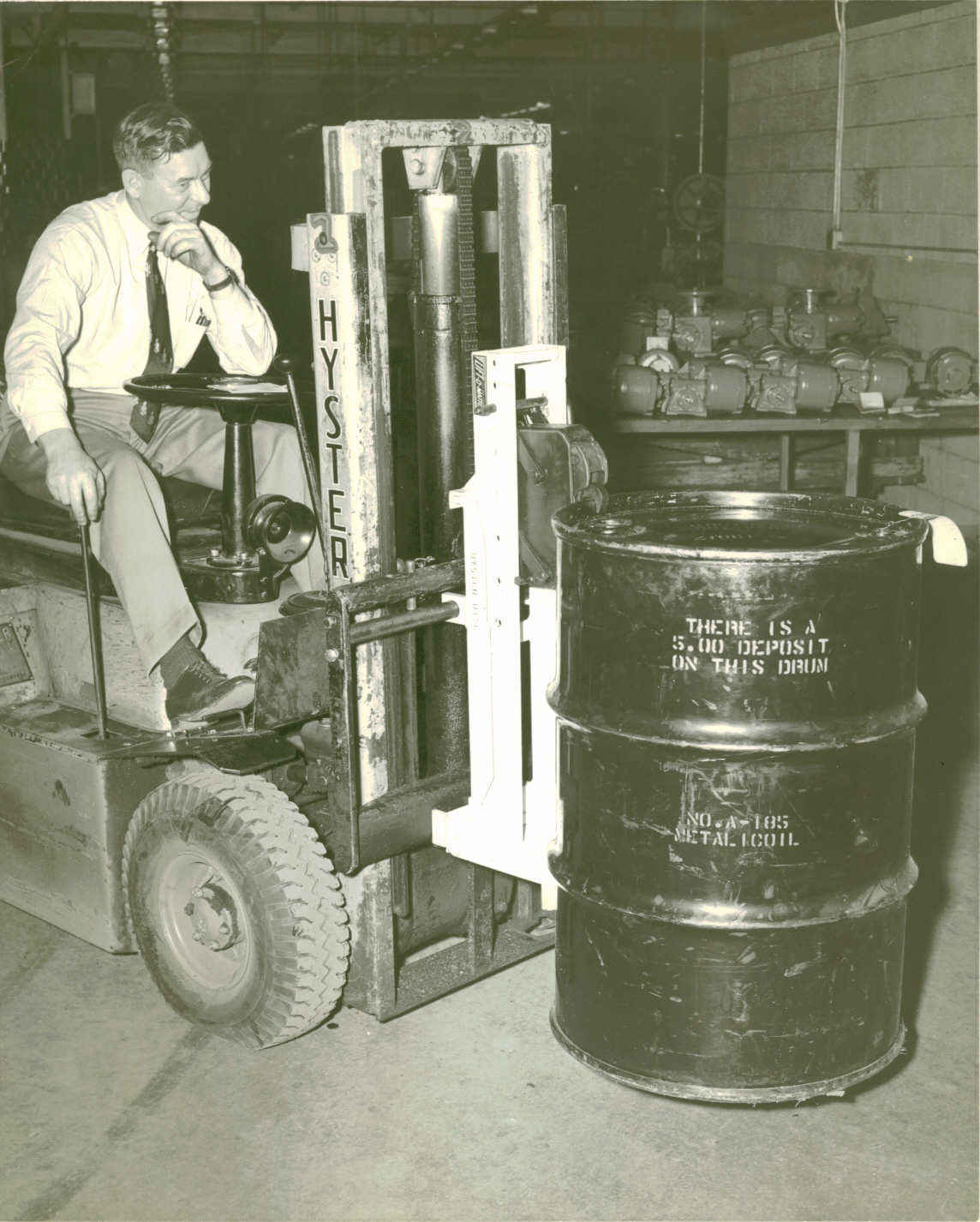 Hyster forklift with a single model FTA drum lifter (then referred to as the PTA).

In 1947, two men in Chicago, Liftomatic’s original co-founders, came up with just the solution. At that time, one of the men was working in a company that manufactured carbon blocks of graphite powder for use in mimeograph machines. He noticed just how frequently the drums of graphite toppled off their hand-trucks, their contents spilling across the factory floor.  That man spoke with a friend of his about the issue he was facing at work, and the two of them proceeded to invent a device called the Parrot Beak that would solve the problem once and for all.

The Parrot Beak’s design was as simple as it was ingenious. They came up with a two-wheeled hand-truck that could grasp a steel drum by its top lift, providing stability at the top where before there was none. The two men dubbed their invention “the Parrot Beak” because its top-grip looked like the beak of a parrot when it clamped down on the top of a drum. After managing to sell six Parrot Beaks to DuPont, the two founders knew they had hit upon a product that any major company in the world would find worth purchasing. Thus Liftomatic came about.

Within a year, the two founders stopped working out of their garage and purchased a factory to build their new invention. The story of how they got the place is worth relating. Apparently, a Chilean chemist in search of the right chicken feed had been housing hundreds of chickens in the building, feeding them his various formulas. As fate would have it one February night in Chicago, the chemist’s employees got drunk and had a party in the factory. They left the windows open. The resulting icy cold seeped into the building, and by morning, all chickens were deceased.

It took one fifteen minute phone-call from the folks at Liftomatic to secure the building from its former owner. Liftomatic had launched and was well on its way to becoming a fundamental part of how the world handled its container cargo.