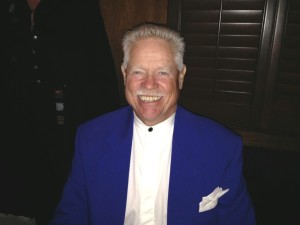 Since Liftomatic’s inception in 1947, the company has grown and prospered under the direction of just four different CEOs.  Not a bad record over 67 years of history.  This month, we say farewell to Bruce Berg. Coming to the company in 1974 with a slew of new ideas and “futurist” concepts, Bruce allowed himself the long view of the company specifically and the industry in general. In a world of hand-written accounting ledgers, secretarial re-typing of letters and the just introduced “telex” machine, Bruce made his mark with the rapid introduction of technology. Who’d have known at the time that carbon copy sales reports (hand-written) were about to come to an end? Now what we should do with all those three-ring binders?!

In the late 1970’s and early 1980’s, Bruce built the first computers ever used in Liftomatic’s offices.  Zenith-Heath kit 64K processors with huge 5.25” floppy drives suddenly appeared in the office.  He’d built them himself in his basement on his off-time. Capable of producing a series of numbers and tallying columns- the new boxy technology allowed this small company to suddenly keep track of accounts, sales and inventory- much faster than anyone had imagined (no matter how archaic in today’s world)!  Without a doubt- there were detractors.  Auditors, secretaries and office staff who had survived in a “Pad and Paper” comfort zone for years – protested loudly. Bruce was unfazed. More computers and technology appeared out of nowhere. We may have been the very first company in the material handling industry to use head-sets to answer calls and keep records at the same time- unthinkable!   Today, we rely on VOIP phone systems, carry mobile devices galore, share a ridiculously fast server which manages and stores database, accounting, engineering and technical software among many workstations and between locations- that would have never been possible without his vision.

Overseeing the company during two tough recessions (’82 and early 90’s), Bruce had his share of worries. As any small business manager knows, you’re usually one (maybe two) terrible events from closing the doors. Hefty cash reserves are the domain of much larger firms. While struggling at times through sleepless nights on how to make payroll, satisfy creditors, keep the marketing machine churning and all the other issues a CEO of a small company faces, Bruce did it with a calm and steady approach. Good planning always- and an unfailing belief that technology and the employment of that technology- would be the ultimate answer to maintaining leadership.

“We rely on our customers understanding that the technology we offer in drum handling equipment saves them time, increases efficiency, safety and ultimately increase their ROI.  So why shouldn’t technology innovation be utilized in our own operations to do the same for us?” That was Bruce’s mantra.

Lo and behold, he was right.  Today, we enjoy the ability to trade engineering drawings, account information, sales information and technical advice with customers, vendors and contacts around the world. Our staff is more productive today than we have ever been in our 67 year history.

Our ability to distribute products in more than 40 countries, maintain engineering, production and distribution facilities while assisting customers around the globe and to control costs and productivity in our own operations- are the direct result of Bruce’s vision.

As we wish Bruce well on a journey of improving technology in the next phase of his life (his golf game), we offer our thanks.  He’s left the company in good hands and with a belief that looking to the future is often the first place to look to improve operations today.  We hope we can continue that vision to the benefit of Liftomatic customers around the world.

Thanks Bruce.  Keep your head down!

–  The Managers & Staff at Liftomatic